3 Reasons the Commercial Refrigeration Market is Looking Up 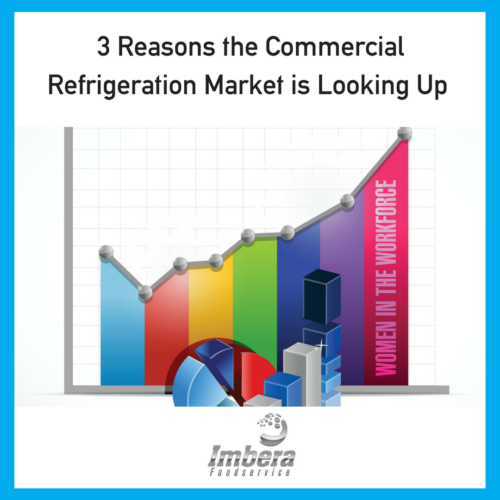 The commercial refrigeration industry can seem deceptively stagnant to those who are uninformed of the potential reasons for growth in the coming years. Growth in female equality in the workforce, new health standards, and increasing economies around the globe have positioned the market for exceptional growth in the years to come.

Due to these exciting trends, the commercial refrigeration market revenue is expected to increase from the current $29.3B to $43.6B by 2025. Here is a more in-depth look at the reasons the market is growing so rapidly.

A market analysis done by the International Labor Organization showed that the number of women joining the workforce has increased significantly in the last five years. Emerging economies in the Asia Pacific region has seen the most substantial change. The increase of women in the workforce has greatly influenced the lifestyle many women pursue.

More than ever, women are too busy to spend their evenings cooking and cleaning like previous generations. This shift has resulted in the escalated purchasing of ready-to-eat frozen meals and restaurant dining. Whichever option the modern woman chooses, both call for an increased need for food storage across the market. Experts expect the ratio of women in the workforce to continue to grow going forward.

Food quality regulators in China, US, and Europe have all began increasing their standards in recent years. Most notably, Europe introduced a more globally conscious fluorinated greenhouse gas in order to phase out destructive Hydrofluorocarbons. As a result, they’ve moved forward with several other related product bans.

The other global markets are expected to follow Europe’s lead in the coming years, resulting in many companies being forced to upgrade or replace their existing units. The changes are expected to contribute to the CAGR (compound annual growth rate) of 5.1% forecasted from 2017-2025.

One of the largest contributors to the projected growth of the refrigeration market is the explosive growth in the Asia Pacific region. China alone is expected to see an immense CAGR of over 8% due to an increased economy resulting in consumer spending. The Chinese population is responsible for just under 10% of the global market for eating outside the homes, and this number is expected to sustain in the following years.

Additionally, other Asia Pacific countries such as India and South Korea have seen significant increases in their economies. This growth has led to an increase of people with disposable incomes that can be spent on eating outside the home, which is propelling the need for more refrigeration units.

The commercial refrigeration industry is experiencing one its most exciting periods of growth in its history. If you have would like to know more about the refrigeration market or have any refrigeration needs, Imbera is an expert in the industry that would love help. Contact us today at 678-504-6835 with any questions.