Keeping It Cool: The History of Refrigeration 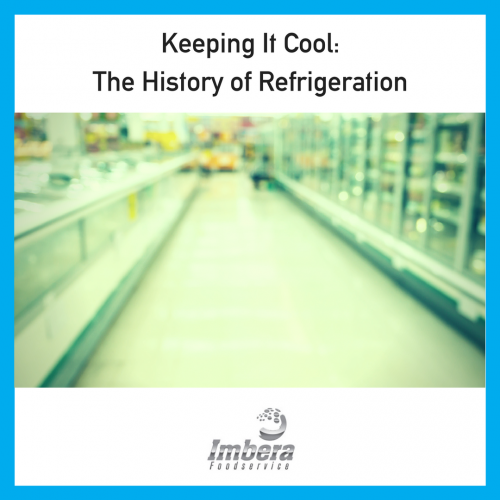 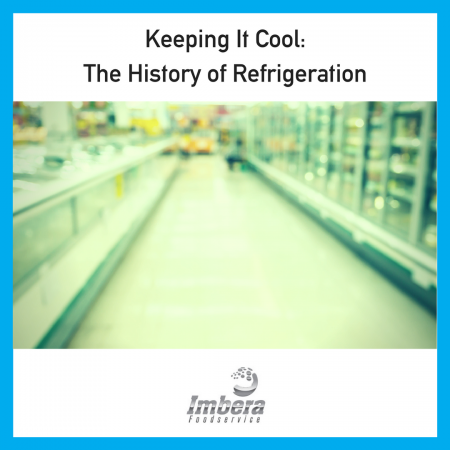 Foodservice operations from restaurants, grocery stores, micro-markets, convenience stores, and more rely on commercial refrigerators to keep products safe and customers happy. Without them, it would be difficult to consistently keep produce and perishables fresh, beverages drinkable, and operating costs manageable. People have been finding ways to preserve foods for centuries with varying degrees of success, but modern refrigeration systems are a relatively new development.

Ice has been used in food preservation for thousands of years. Icehouses were insulated with straw and sawdust, providing an effective but cumbersome process for keeping food fresh. As civilization became more industrialized, natural ice was harvested and distributed for home and commercial use. Ice boxes developed as a more compact alternative to ice houses, holding blocks of ice to keep foods cold.

The Science Behind Refrigeration

Mechanical refrigeration first became a possibility in the mid 1700s, when William Cullen developed a technique of boiling ether in a partial vacuum, creating ice. In the early 1800s, Michael Farady took Cullen’s work to the next level when he liquefied ammonia gas, creating a cooling effect in the process.

The science behind what makes refrigeration work is compression. As the gas components are compressed into a liquid state, it absorbs heat, cooling the space as it returns to a gas.

The Rise of Commercial Refrigeration

Advances were made to commercial refrigeration throughout the 20th century, resulting in systems that were smaller, less expensive, and better suited for a variety of industries, including at-home usage.

Early refrigeration units were large, weighing several tons, and were cooled using toxic gases. In the 1920s, cooling mechanisms moved away from ammonia to synthetic chlorofluorocarbons, but it was phased out when scientists discovered that its emissions depleted the ozone layer.  Today’s industry standard is hydrofluorocarbons, which are more environmentally friendly and energy efficient.

Commercial refrigeration has come a long way from blocks of ice insulated with straw and sawdust. Imbera’s commercial refrigerators do so much more than just keep food and beverages at the proper temperature. Technological advancements contribute to better visual merchandising, as well as data collection on consumer behavior. They come with an array of modern features such as digital thermostats, innovative designs, LED lighting, glass display doors, and provide maximum energy efficiency without utilizing too much space. To learn more about how you can keep food products safe while driving sales with better commercial refrigeration options, contact us today.

How to Avoid Commercial Refrigerator Breakdowns